NordVPN review: Offers good speed and security but has a minor (ignorable) snag

All about the one of most-loved VPNs today in one place. 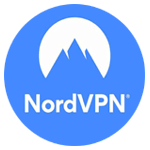 The first thing striking your mind would surely be a VPN when it comes to protecting online security, isn’t it? Of course, you need to hide your IP address first before applying any other methods. But if you keenly review your browsing requirements, you’ll find that you need a robust tool – NordVPN, maybe?

That’s the question I’ll be answering in this NordVPN review as I tested the app myself.

While NordVPN holds a pretty good reputation in the market for its premium security, top-notch privacy, and blazing fast speeds. Yet, this review sheds light on the minute details of this service. It’ll help you decide whether NordVPN deserves to be the leader of the VPN realm.

NordVPN is also one of the oldest VPN providers in the market.

According to their website, the service emerged in 2012 by four friends aiming to develop something that protects the public from the growing internet censorship. Hence, NordVPN surfaced online a standalone app with just one server and support for Windows only.

With time, the app became popular, grew its customer base, and expanded its compatibility with other devices.

And today, NordVPN is one of the leading VPN services with over 14 million customers (according to the website).

The most attractive thing with this service, which undoubtedly contributed to its popularity, is its respect for users’ privacy. It is evident from the fact that the service is based in Panama – a privacy-friendly region with no mandatory data retention laws. Also, it’s not even distantly related to any of the 14-Eyes alliance countries. Thus, even the governments cannot push the authorities to hand over any data (unless extremely needed).

Recently, the parent firm behind NordVPN, NordSecurity, has joined hands with a like-minded provider, Surfshark, to jazz up the operations of the two. Both the firms have reiterated their robust stance for customers’ data security and privacy while pledging to provide better services. Amidst the ongoing mergers and acquisitions in the cybersecurity industry, this move comes as no surprise. Instead, it’s rather soothing to find two privacy-savvy VPN providers merging for users’ privacy.

Aside from privacy, NordVPN also offers numerous great security features that give the users a safer and anonymous browsing experience. In this NordVPN extensive review, I shall elaborate on all the major features of this tool.

Indeed, NordVPN satisfies this parameter as it has set up a huge network of over 5500 servers.

However, considering this extensive network, NordVPN seemingly lags concerning the choice of locations. That’s because this service offers locations in 59 countries only.

But, that’s still not a big deal for most VPN users (like you and me) in that the provider then offers more servers from a particular location. It enables the service to bypass the harshest VPN banning attempts quickly. For example, when a service blocks one of its servers, the VPN would evade the block with another server without requiring you to change location.

What makes NordVPN surpass all others is the intuitive app interface offering many customizable options for servers. Although, you can change your IP country with one click by choosing an appropriate server from the list. Yet, what makes it ideal for more specific uses is that you can even select a particular city as your location.

Add your vote for NordVPN.