IPVanish review: Works nicely for your security unless you’re in China

IPVanish offers everything you may think of when selecting a VPN – good features, robust security, fast speed, and affordable price. But this VPN might not be suitable for pro activities such as torrenting. 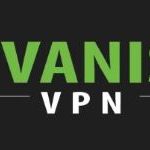 Despite realizing the importance of a VPN, choosing one is always tricky for an average user. Before subscribing to a VPN, you have to make sure that you know all about it. And that you’re investing your money in the right place.

However, it’s not easy to learn all about a specific VPN merely by visiting its website. That’s why we keep reviewing VPNs for you gathering all vital information about a service in one place.

Today, we present a comprehensive IPVanish review. We tested this VPN against all our assessment parameters.

IPVanish is also among the old players of the VPN market. The service started off in 2012 with only 32 servers. Yet, the vendors, Mudhook Media Inc., a Florida-based HighWinds Network Group subsidiary, expanded the network in the following years, adding more servers and device compatibility.

However, two years after this acquisition, in 2019, StackPath sold its VPNs IPVanish and Encrypt.me (formerly Cloak), to J2 Global – a California-based tech firm having many famous names on its brand lines. Some of these include PCMag and IGN.com as the digital media brands, and UnityFax, VIPRE, IPVanish, SugarSync, Backup Solutions, and many more products among its business cloud services.

So, concerning the jurisdiction, IPVanish is based in United States – a prominent 5 Eyes Alliance country. However, despite their location, they still claim to have a no-logs policy for the users. (But there is a catch. We’ll talk about it in detail later.)

As for the features, IPVanish VPN offers services comparable to most leading VPNs.

Though, it may lag behind the major players, such as ExpressVPN, Surfshark, and NordVPN, in the case of speed and unblocking streaming libraries. Yet, it’s an affordable VPN for all those looking to protect their online security on a budget.

We’ll discuss this VPN’s features in detail in the later sections of this IPVanish VPN review. For now, let’s start evaluating this VPN against the major VPN parameters.

A colossal server network seems a good indicator of global coverage. Yet, IPVanish has proved this hypothesis wrong.

With a modest network of 2000+ servers, IPVanish has managed to offer over 75 locations across 55 countries globally with over 40,000 IP addresses. These even include a few countries from Asia and Africa, alongside placing a majority of servers in the USA and Europe.

Although, a problem here is that you won’t get more IPs for the exact location. So, if you’re using this VPN to unblock restricted content, you might face trouble due to VPN bans.

However, if you’re simply using it for your security or choosing a location with more servers, such as the US or EU, then IPVanish will surely help you. 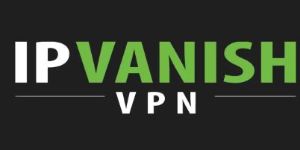 Add your vote for IPVanish.